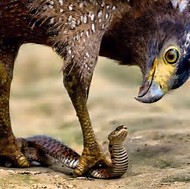 Jesus said you can tell a tree by its fruit. I live in GA, better known as the Peach State. And guess what? Our fruit stinks.

No, in a nutshell, I do not believe we will ever see remedy here. There are too many hands in the pot, too many power bases at risk. We live among political murderers, thieves, whores and the like. And you know who suffers? The law abiding, tax paying, legal resident. This is not a new story, it’s just a sad tale of humanity at its worst.

This week’s travels have led me to VA where there are great things in the works on behalf of Virginians. People who long to usher in the Kingdom of God on the political landscape. I wish I could say the same for GA, but I honestly, just don’t see it. That’s not to snub the sign wavers who risked their lives at the State Capitol holding signs to demand their elected servants (sarcasm) do the right thing in passing election integrity legislation. You know, because 80 million people couldn’t do it November 3.

We are a delusional bunch. The smoke and mirrors is astounding. The same folks who testified about fraud refuse to recall the Governor. Everyone has their threshold. Maybe they received the same demanding emails I did, demanding they back off certain folks. The bully, mafioso tactics, while not new, do rattle some folks. This is not foreign to me.

When people ask why I’m leaving GA to embark on another political landscape, this is why. Our orchard is riddled with worms and disease. We are laden with cultivators of domestic and foreign enemies. Still practicing slavery as a. means to an end. It’s sickening. It’s not worth the effort. When the only people who will show up are afraid to unseat the kings and queens, you realize pawn isn’t a noble cause.

As the GA GOP passed over their well thought out and earnest resolution demanding the SOS terminate those involved in the lies, deceit and acts of treason regarding a sitting President, I thought to myself.. here we go. Holding my breath for justice isn’t an option. I’ve turned them all over to GOD. They don’t fear Him anymore than your average tax payer. And much like solving the election grid implosion, until you address the human condition as the root problem of our national woes, you strive in vain.